Using Newsfeed Sharepoint 2013 to set up

Integrate lists and libraries as web parts in other websites

Everyone faces the problem once. Sharepoint content should not only appear in one place via web part, but also in many other places. Unfortunately, as a user, you are initially limited to the fact that list (library) web parts can only be integrated into the website in which the list was created. This restriction is only useful at second glance. Imagine if all the web parts in a site collection were displayed, some of them even had the same name ...

But one can make do. Web parts can be exported. Unfortunately, “Export” only appears under the property menu in rare cases Extended of a web part. For example, this option is not available for list web parts. Stupid .. because that's exactly what I want to do! 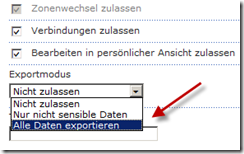 Just don't give up .. Sharepoint Designer 2010 can help in many places. Also on this one. I have included a “TestBiB” library in any website in a site collection. As expected, the web part only appears in the same website. 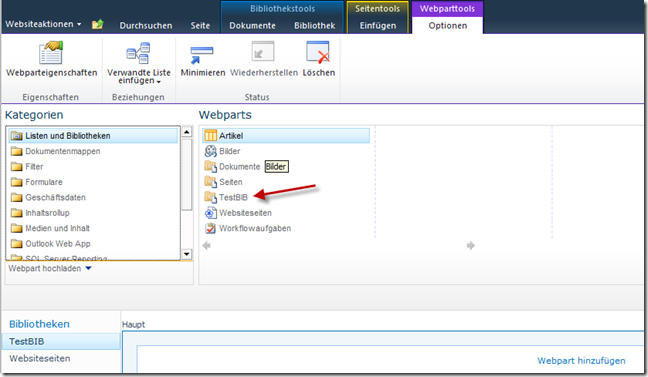 But now the trick.

To access the web part, you create an empty web part page or you already have a web page in which the web part is used and open it in the Sharepoint Designer 2010.

In the edit mode the web part can be marked and in the menu Web Part -> Save Web Part either save it as a file on the desktop or even export it directly to the site collection. 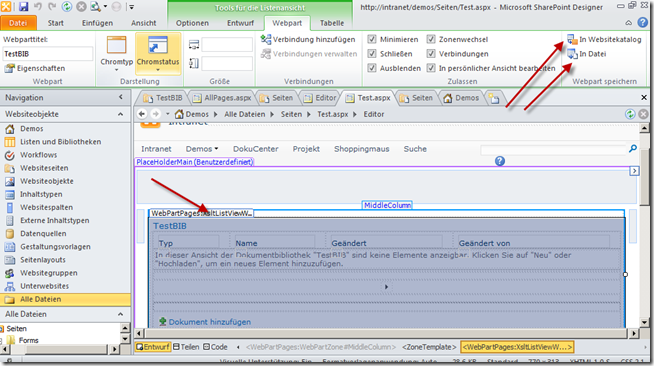 If it has first been exported on the desktop, it still has to be imported manually into the catalog web part in the site collection. 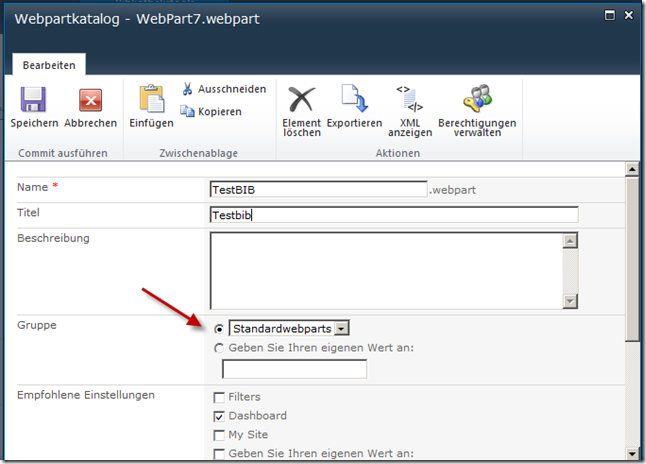 It would be important to put the web part in a certain group so that you can find it again later.

From now on, the web part is available on every website. (here under standard web parts)

Cumbersome, but where there is a will there is also a way.