From Tom Brady to Michael Jordan: The Complete History of Athlete Hosts on SNL

Saturday Night Live celebrates its 40th Anniversary this weekend, bringing with it a massive slew of memories and pop culture staples.

An appearance on SNL stacks up with having a cameo on The Simpsons or reading the Top 10 on Letterman as one of those Hollywood "I've truly made it" honors. It's no surprise then that the show has had the privilege of featuring an impressive crop of celebrity hosts over the years. While some have achieved unbelievable chemistry, like Justin Timberlake or Alec Baldwin, who has hosted the show 16 times, Saturday Night Live also drags in unlikely personalities, just to see how things work out. Often these experiments come in the form of athlete hosts - some tank, others shine.

We’ve compiled a comprehensive guide of all of the athletes who have taken on the role of host over the years, along with the sketches that you shouldn’t miss. 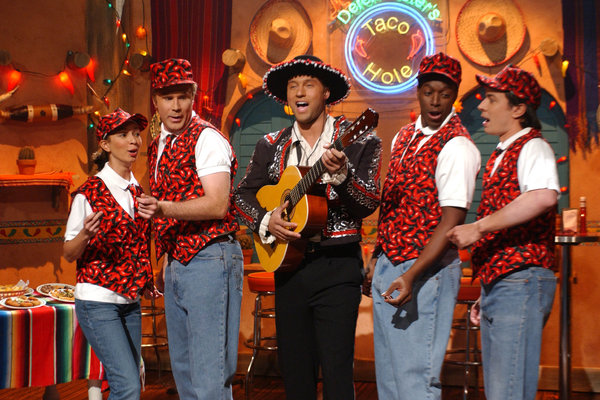 The beloved Yankees shortstop paid a visit to 30 Rock during season 27, not long after both September 11 and the Yankees losing to the Arizona Diamondbacks in the World Series. Highlights of the episode included Jeter in drag for "Baseball Wives" and the stupidly catchy "Derek Jeter’s Taco Hole." Jeter will be one of many guests to return for the 40th Anniversary special on Feb. 15.

MJ kicked off the 1991 season with musical guests Public Enemy. This was years prior to his lead role in Space Jam, and long before he would provide a constant reminder that Hanes tees don’t get "bacon neck." Air Jordan does a fine job here, especially when bringing New Yorkers out to the Windy City ... 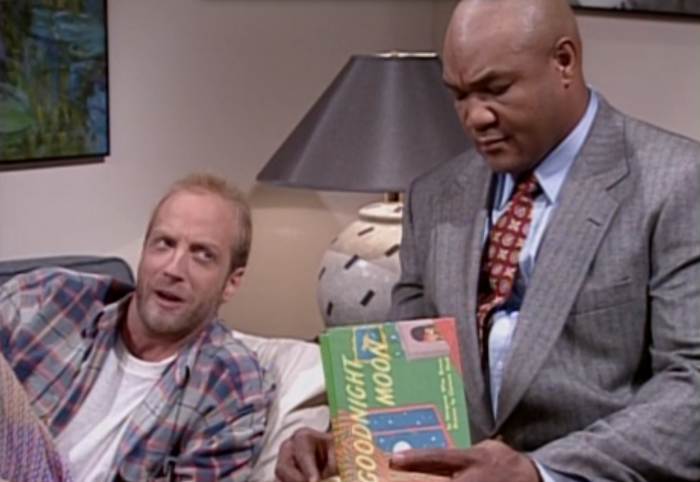 The boxer and household grill salesman let a bit of his personality shine in 1994 with musical guests Hole. If nothing else, Foreman proved that some boxers can read ... 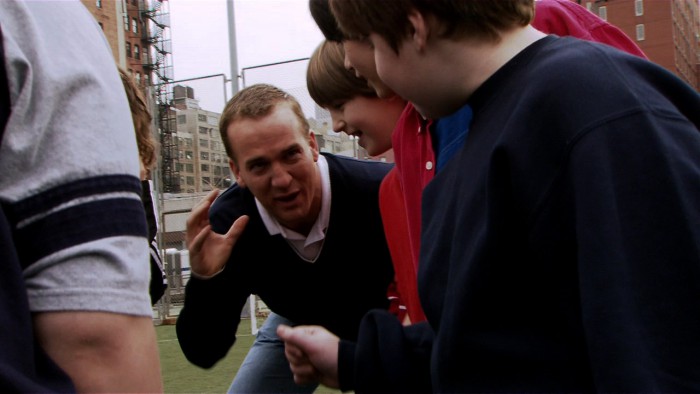 It's no surprise that Peyton Manning was a win for SNL in 2007. The same quarterback who has incited chuckles in various commercials (“Cut that meat!”) Hit a home run as a lousy volunteer in a youth program.

And then there was Eli Manning, featured on the show just months after one of the most devastating games in Boston sports history. 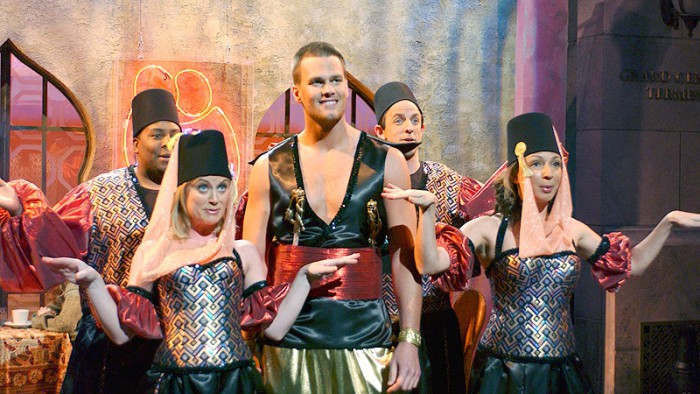 And wouldn't you know, TB12, the greatest quarterback in NFL history also graced the 30 Rock stage in 2005 with recent Grammy winner Beck. While he may not go down as one of the best teleprompter readers in sketch comedy history, the Patriots star was good for a few good belly laughs. Here’s to hoping Tom Brady’s Falafel City opens up at Patriot Place upon his retirement.

Tennis great Chris Evert played host during a 1989 episode, taking a lighthearted look at her winless streak against Martina Navratilova at Wimbledon.

Essential sketch:Coping with a Wimbledon Loss

Not one of the more memorable guest hosts in athlete history, Nascar champ Jeff Gordon paid a visit to New York in 2003 with Avril Lavigne. It's not that Gordon was camera shy at all. Actually he was quite the opposite, and was even reportedly a finalist to replace Regis Philbin on Live with Regis & Kelly back in the day. There just wasn't a whole lot that he could roll with on this episode. 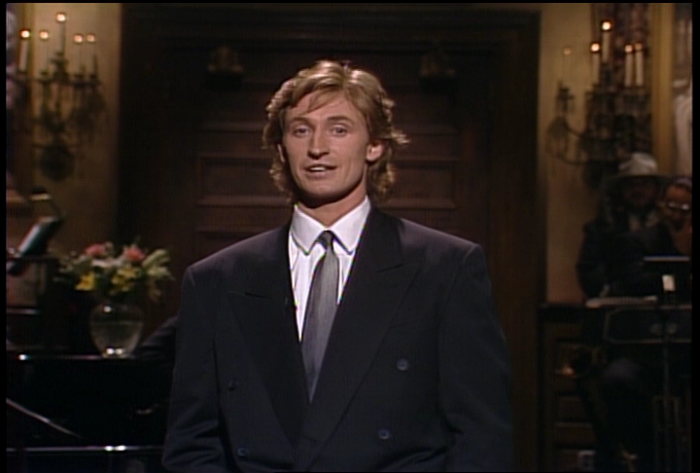 The greatest to ever skate took the lead role on a 1989 episode with musical guests Fine Young Cannibals. It's the only time an NHL player has appeared on the show, and they made the most of it, racking up a few hockey-themed sketches. 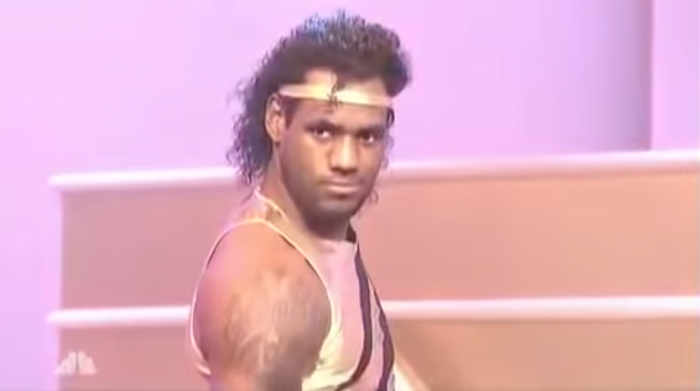 Season 33 kicked off with King James in the host role and Kanye West as the musical guest. It doesn't get much more high profile than that. LeBron got a few good giggles out of the audience, but perhaps the most notable sketch, which featured the basketball star as a former dancer for Solid gold, didn't even run in the original airing of the episode.

The Olympic figure skater and Massachusetts native hosted just months after she was infamously attacked by a Tonya Harding acquaintance at the World Figure Skating Championships. While Kerrigan wasn't terribly memorable on the show, her cameo came at a time when figure skating was at its biggest.

Just a few years after finishing his coaching career with the Raiders, John Madden joined CBS as a commentator and within a year on the job, he was such a personality that SNL invited him to be on the show. Of course, the show took the opportunity to let Madden talk football, specifically from the Cincinnati Bengals locker room fresh off of a Super Bowl loss.

The former Yankees manager co-hosted in the Spring of 1986 with Anjelica Huston. In the final sketch, Lorne Michaels comes out and fires Martin for being "too drunk." 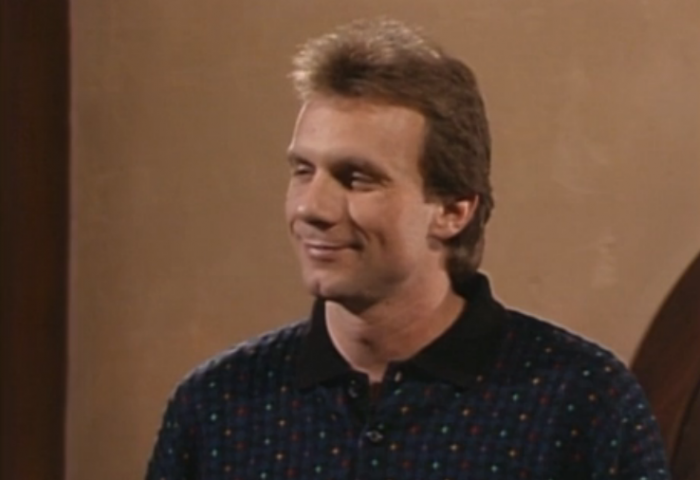 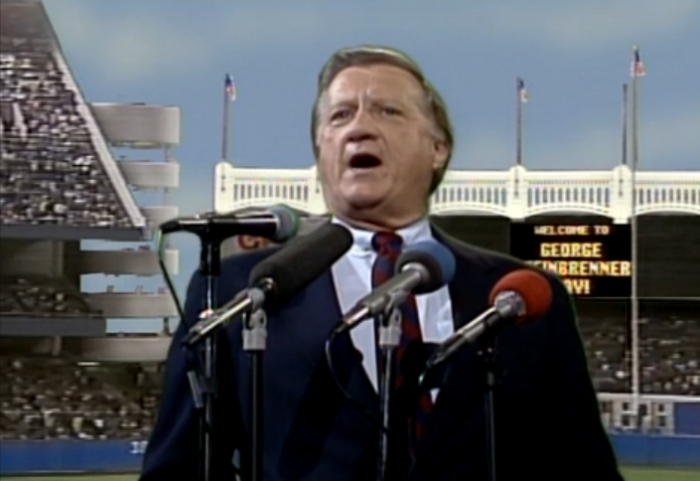 The Yankees owner and Lorne Michaels are both part of a small group of people who could call themselves kings of New York. It's no surprise then that Steinbrenner, on top of being impersonated a few times on the show, was asked to host SNL in 1990. He shared the night with Prince’s proteges Morris Day & the Time who provided music for the night.

Shortly after a controversial 4th place finish at the Olympics in which skier (and former MTV reality show host) Jonny Moseley unleashed the “dinner roll,” he brought his bubbly mountain personality to the SNL stage. At one point he even marries Amy Poehler in the company of his shredding ski pals. 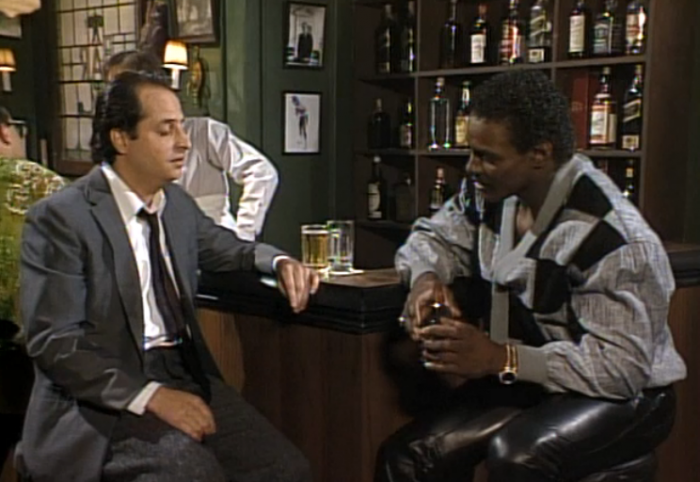 The Chicago Bears great joined Joe Montana as a co-host in 1987 just as his career was wrapping up. He even plays Michael Jackson at one point in the episode, singing “I'll Be There” while doing a triceps workout.

The Celtics great became the first NBA player or coach to be featured on Saturday Night Live, a distinction that has been given to very few basketball stars since. Russell was on the show in 1979 with Chicago providing the music. 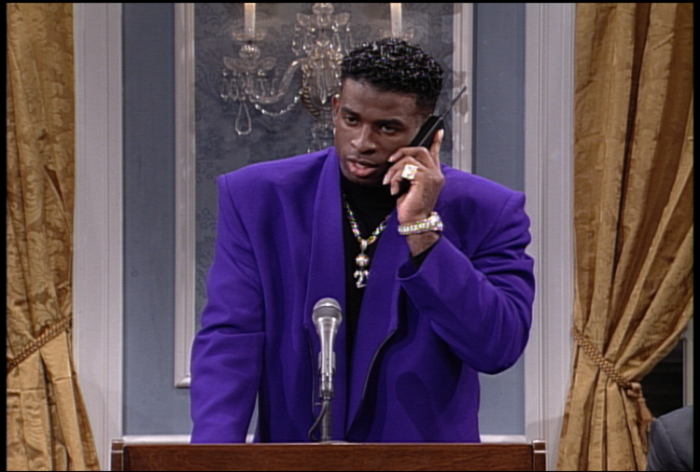 “Prime Time” was playing both professional football and major league baseball in 1995, but still found time to let his flashier side shine a little bit on stage. Deion attempts to rap at one point in the show, which in itself seems funny, but the real high point of the show is when Chris Farley loses his pants to the surprise of both the audience and his fellow cast members.

OJ has been lampooned several times in SNL history, but in February of 1978, long before the Ford Bronco chase, the San Francisco running back showed his acting chops in season 3 of the show.

The first athlete to ever host SNL was Vikings great Fran Tarkenton, who stopped by the show in the middle of the second season. Granted, the humor of the show was a lot different back then, but Tarkenton set the bar for other athlete hosts for many years to come.

The former major leaguer and famed broadcaster was always known for his humor and wit, having appeared on Johnny Carson’s Tonight Show more than 100 times and guest starring on various sitcoms. It was an obvious pick to have him join the SNL cast in 1985, along with local boy Peter Wolf as the musical guest. 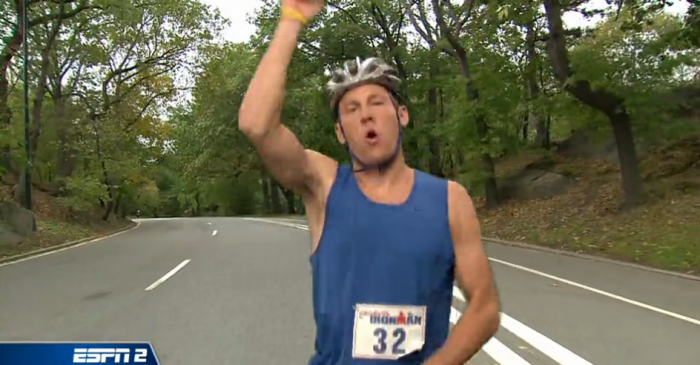 The famous cyclist Lance Armstrong stopped by SNL in 2005 with then-girlfriend Sheryl Crow providing the tunes. This was years before the doping allegations cast a cloud over the Tour de France champion, so he was able to cajole some laughs out of the audience. In another athlete moment from the same episode, White Sox outfielder Scott Podsednik stopped by Weekend Update after a World Series win to chat with Amy and Tina. 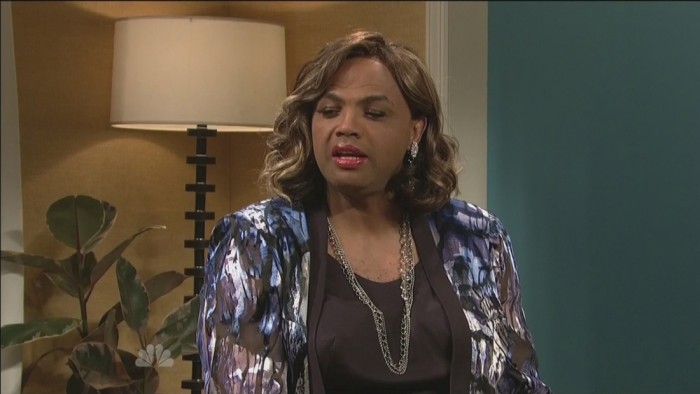 Legendary basketball star and current analyst Charles Barkley took on hosting duties in 1993 and again in 2012. The first, during his playing days, featured Nirvana as a musical guest. The second time around was notable for a few reasons, but mainly because he did a Shaq impression.