Where to eat mussels in beautiful France

Fruits de Mer from A to Z

Real happiness consists of a large platter of seafood. With more oysters, langoustines, bulots and palourdes than you can eat ... What types of seafood are there? And what's the best way to eat them?

A glass of cool Pinot Blanc, salted butter and pain de seigle. And then the waiter comes in with a gigantic one plateau de fruits de mer. A real gluttony that could (almost) make you feel guilty. But the whole thing is easy to digest, has only a few calories and is also really healthy. We are in the kingdom of the diet god! 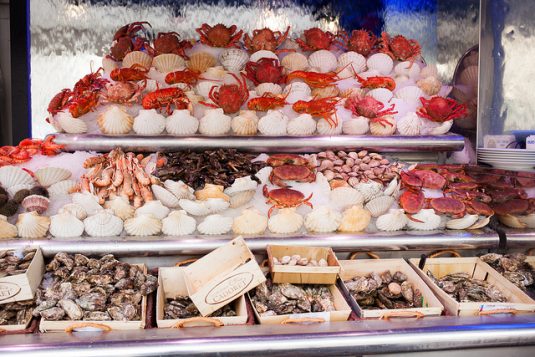 "R in the month": of French origin

The custom of eating oysters and mussels only in the months with an "R" originated in France. There was so many fatal food poisoning at the French court in the 18th century that the king had to intervene. In 1759, Louis XV ordered that you can only eat Fruits de Mer from November to April. So when it was cold enough outside to be able to transport the delicacies safely. 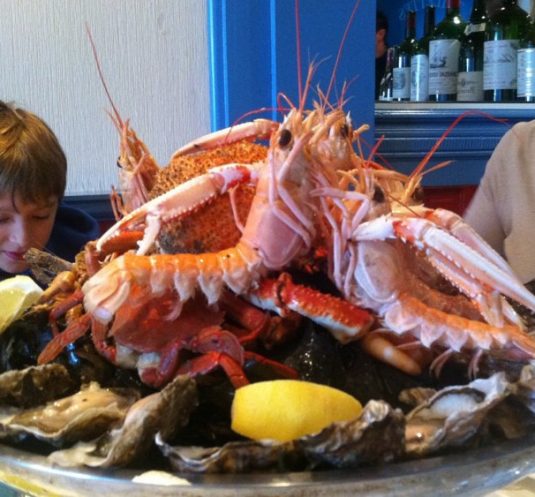 Shellfish and crustaceans on the Plateau de Fruits de Mer:

Oysters come in many types and sizes (You can read more about this in this article), but in France you usually find a few on the seafood plattersfines de claires, creusesand or spéciales in size 3. Great to slurp straight out of the bowl. You can pour away the liquid (not sea water!) Before eating, but that is not necessary.

Cooked cervettes roses (pink prawns) should definitely be part of a classic plateau de fruits de mer.These are regional shrimp from the cold waters of the North Atlantic, which is why they have such a firm bite. Sometimes there is also a small bowlcrevettes grises (our North Sea crabs), but strangely enough these are never peeled in France.

Mini lobsters (photo below) that are boiled in broth or salt water are peeled like a shrimp: break off the head, open the shell and peel it off, all with your hands. Some people still chew on the scissors because there is some meat in them. 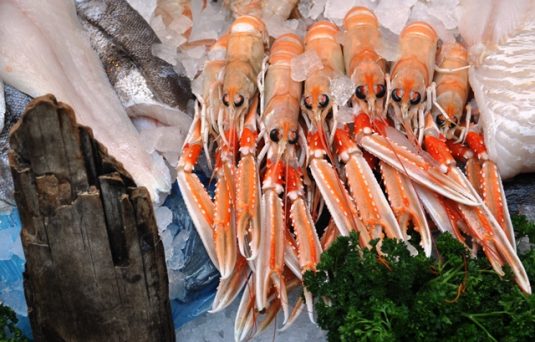 These large, black sea slugs (on the bottom right photo) are also a standard ingredient plateau, also because they are relatively cheap. You can get it out of the case with a pin or a long, narrow fork. Most often they are served with a bowl of fresh mayonnaise.

Small, black mussels (bottom left in the photo) that are eaten with a kind of needle. 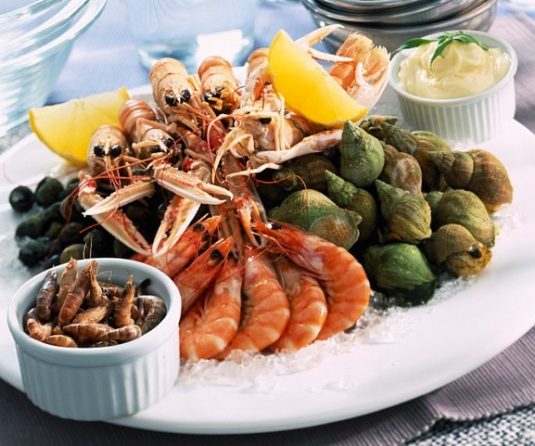 Usually are palourdes cooked, but sometimes they are also raw on the plate - a sign that they are particularly fresh. 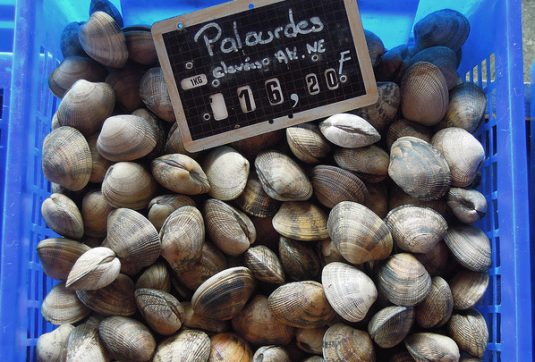 Another plate companion is the crab (from Brittany or Normandy), of which half or a couple of tongs are usually on the plate. But now you need tools: With a "nutcracker" you open the shell so that you can pull out the meat with a fork.

On the slightly more expensive ones plateaus there is usually half a lobster. In principle, the menu says more about its origin: in the better brasseries it comes from Brittany (the best!), But it can also be homardaméricain or canadien his ... You need tongs and a thin, long fork to get at the meat for this guy too. The pince (Scissors) of the lobster tastes best. 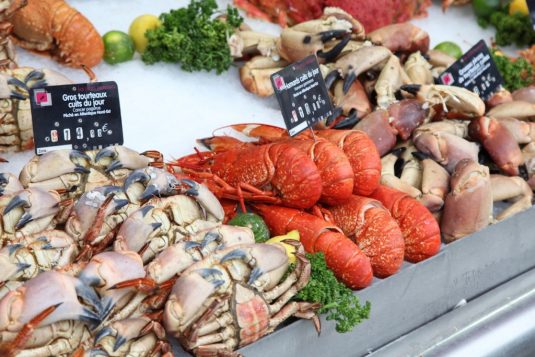 Another tasty addition: scallops, which are only available in the luxury version of the plateaus gives. The best are hand-picked at Boulogne-sur-Mer, but Brittany is also a well-known supplier of coquilles. You can easily eat them with a knife and fork.

Amandes de mer (Sea almond): large clams with thick, firm flesh from the Mediterranean.
Couteaux (Razor clam): usually steamed with a little garlic
Moules(Mussels) often come from the Atlantic coast (Charente-Maritime, Pays de la Loire) or from Normandy, where they arrive bouchots(Wooden stakes in the sea) grow. At low tide, they lie dry for a short time and this gives them a different - milder - taste than, for example, mussels from Zeeland. 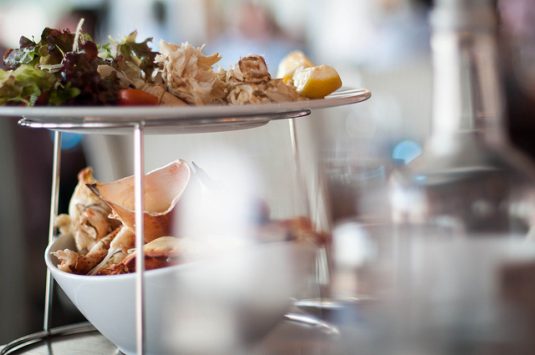 ALSO WORTH READ:
20 facts about the oyster
Culinary delights on the Atlantic
This is how you can tell if someone comes from Brittany