How do cats grow striped whiskers

We humans are not always superior to our little friends on four paws. On the contrary: In some respects, cats have even been better equipped by nature. Their anatomy and body functions are ideally adapted to their way of life. An example of this: the whiskers. 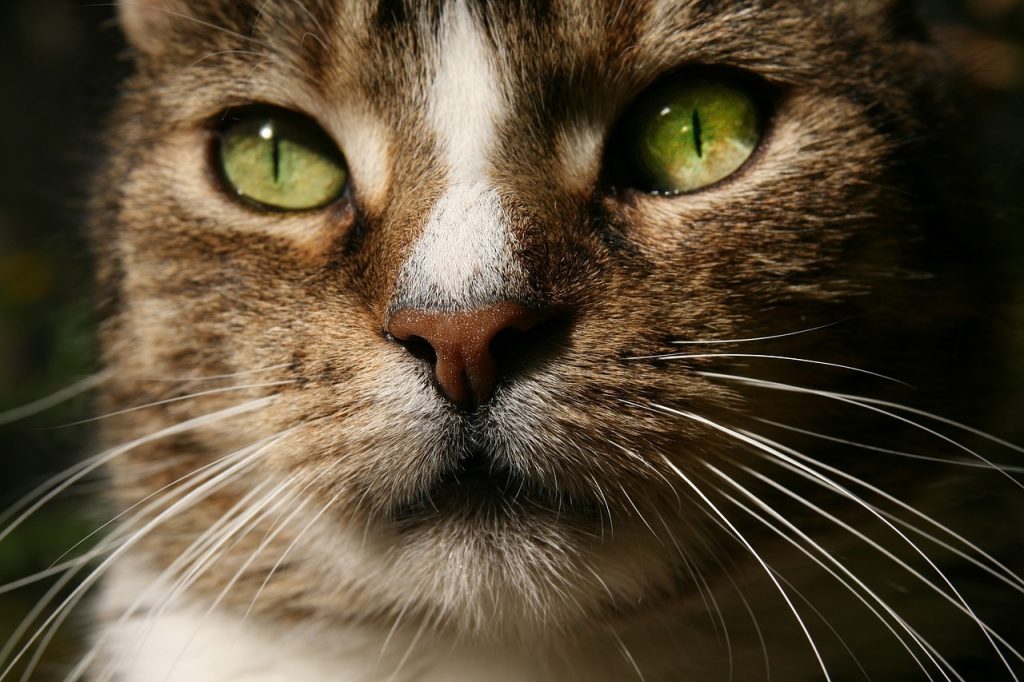 How do the whiskers work?

Whiskers are also called vibrissae and have innumerable nerves running through them. The nerve endings are so sensitive that the kitties feel even the slightest breeze. Thanks to this hair, they can react to all sorts of stimuli and see in the dark, so to speak, without really having to recognize anything.

The whiskers thus serve the cat as a kind of "navigation system": As the nerve ends transmit the contact with objects to the brain, the cat is signaled how wide a gap or an opening is. The whiskers are essential, especially for outdoor cats or wild cats, so that the cat can quickly crawl in an emergency without bumping into or trapping itself. In addition, with her vibrissae she can not only make out what is nearby, but also whether and where it is moving.

Recognize the pussy's feelings by the whiskers

By the way, whiskers are also important for communication! We humans can easily tell from them whether the house tiger is in a good or bad mood:

Whiskers are close together

If the vibrissae are laid back so that the cleft lip becomes a narrow line and its face appears smaller than normal, the cat is afraid. With this, she tries to appear less threatening to her attackers, so that they might let go of her.

Whiskers are fanned out widely

If the hairs are directed forward like a fan and the cat has "hamster cheeks" at the same time, it is aroused. That doesn't necessarily mean that she is happy - this behavior can also be observed before an attack. If this is the case, the cat puts its ears on the sides. If, on the other hand, the ears are erect, the house tiger tends to be positively excited and particularly alert.

Whiskers line up with the mouth

If the whiskers are simply turned to the side and level with the cat's mouth, this is a sign of calm, contentment and relaxation.

Danger: The movements of the whiskers are sometimes so subtle and difficult for people to detect that moods can quickly be misinterpreted. Rather rely on the experiences with your cat and only pay attention to the position of the hairs in the second step.

What if the whiskers fall out?

It happens every now and then that you find a whisker or that the cat injures itself so that it loses a whisker or two. Although the cats are restricted during this period and can sometimes bump into cupboards in the dark - it is generally normal for a hair to fall out from time to time. Similar to our hair, the whiskers grow back again. However, keepers of free-range children should consider whether the kitty should perhaps stay at home at night during this time.

Danger:In hairless cat breeds such as the Don Sphynx and Sphynx, kittens may be born without whiskers. If this trait is explicitly bred, it is a question of torture breeding - the cats are restricted in their natural behavior and way of life due to the lack of whiskers. You shouldn't support such breeding!
<?